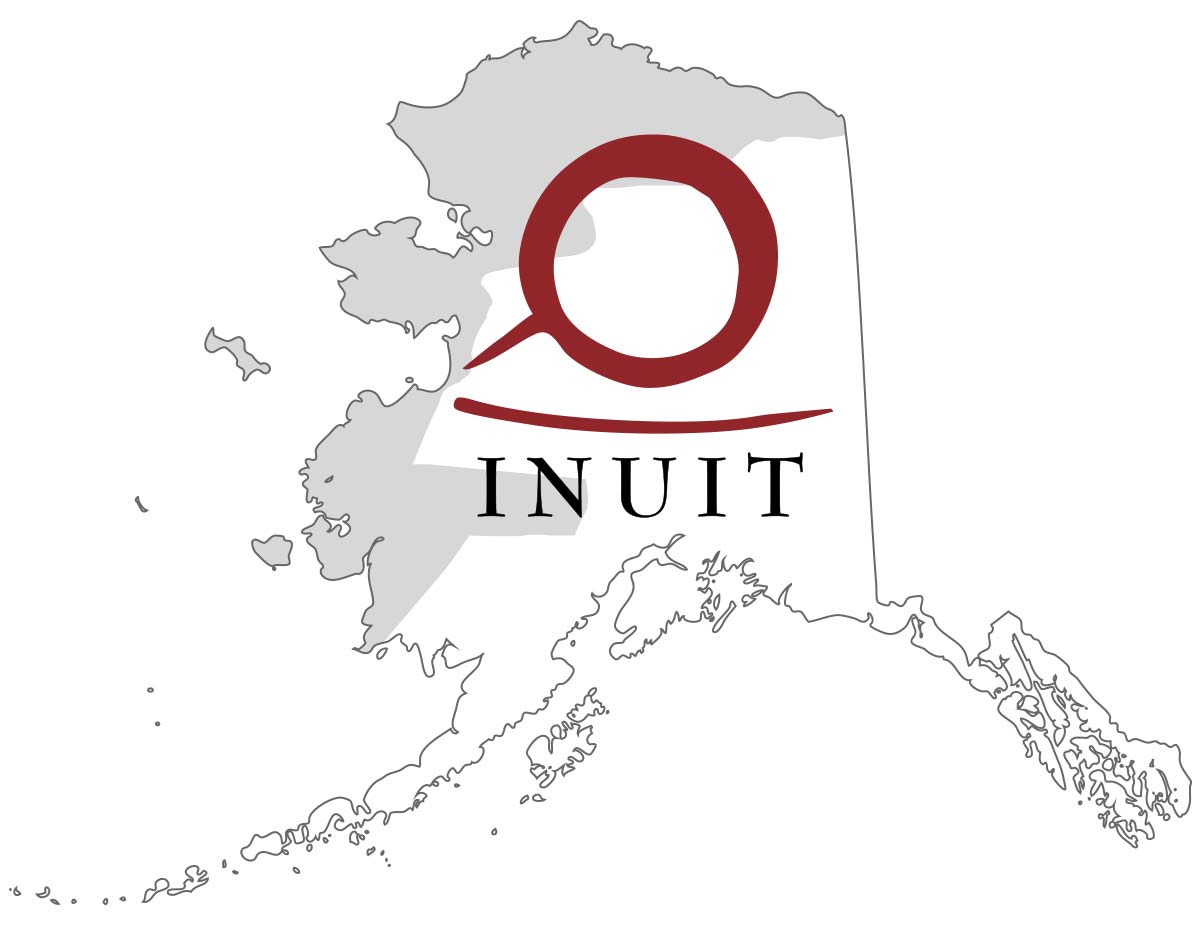 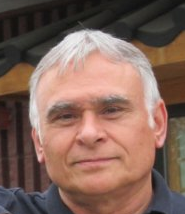 Greetings and welcome to Inuit Circumpolar Council Alaska’s newly updated website. We hope your visit will be informative and enjoyable. We thank you for your interest in our organization and hope you will be inspired to learn more about the culture and aspirations of Inuit.

As you navigate through our website you will find historical and organizational information about ICC, as well as information concerning directions ICC will pursue in the future. There’s information on positions ICC has taken on a number of issues important to Inuit. Inquiries about what Inuit Circumpolar Council Alaska is involved in are always welcome.

In particular we would like to draw your attention to the Utqiagvik Declaration , which is ICC’s work plan for the current term (2018-2022). The Declaration was adopted at the 2018 ICC General Assembly by Inuit delegates from Alaska (USA), Canada, Greenland and Chukotka (Russia). We would also like to direct you to the  2018-2022 ICC-Alaska Strategic Plan, which lays out ICC Alaska’s priorities and plans to implement the Utqiagvik Declaration. These two documents will give you a good overview of what ICC-Alaska will be involved in over the next few years.

Inuit Circumpolar Council Alaska is governed by a fourteen member Board of Directors who are appointed by member organizations. Member organizations include the regional Tribal non-profit organizations, regional Alaska Native corporations from the North Slope, Northwest Arctic, Bering Straits and Southwest regions; and the North Slope and Northwest Arctic Boroughs. Elder and youth representatives also serve on the Board. All board members are Inuit and represent communities and regions served by Inuit Circumpolar Council Alaska. 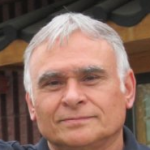 James Stotts (Jimmy) was born in 1947 at Barrow, Alaska and raised in Barrow and other communities throughout rural Alaska. Like many of his generation he attended Mt. Edgecumbe High School, a Bureau of Indian Affairs boarding school located in Sitka, Alaska. After high school, he attended the University of Alaska Anchorage, where he earned a degree in Business Management.

Jimmy has extensive managerial experience in the private sector. He worked for his village corporation (Ukpeagvik Inupiat Corporation) and regional corporation (Arctic Slope Regional Corporation), both created under the terms of the Alaska Native Claims Settlement Act. Over a thirty year career, he worked in various executive capacities at both organizations and served on the Board of Directors of both organizations.

Jimmy had a brief career in local politics as an Assembly Member of the North Slope Borough from 1978 through 1983. He was elected President of the Assembly the last two years he served.

Jimmy has a long history of involvement with the Inuit Circumpolar Council (ICC). He represented Alaska on the first ICC Executive Council in 1980, eventually serving three consecutive terms from 1980 to 1989. In the early 1990’s, he worked for ICC Greenland as Environmental Projects Coordinator in Nuuk, Greenland. Since January 2008, he worked for ICC Alaska as Executive Director in Anchorage, Alaska. In June 2009, he was appointed by the ICC Executive Council to serve as ICC Chair until June 2010. Jimmy is currently serving as ICC Alaska President. 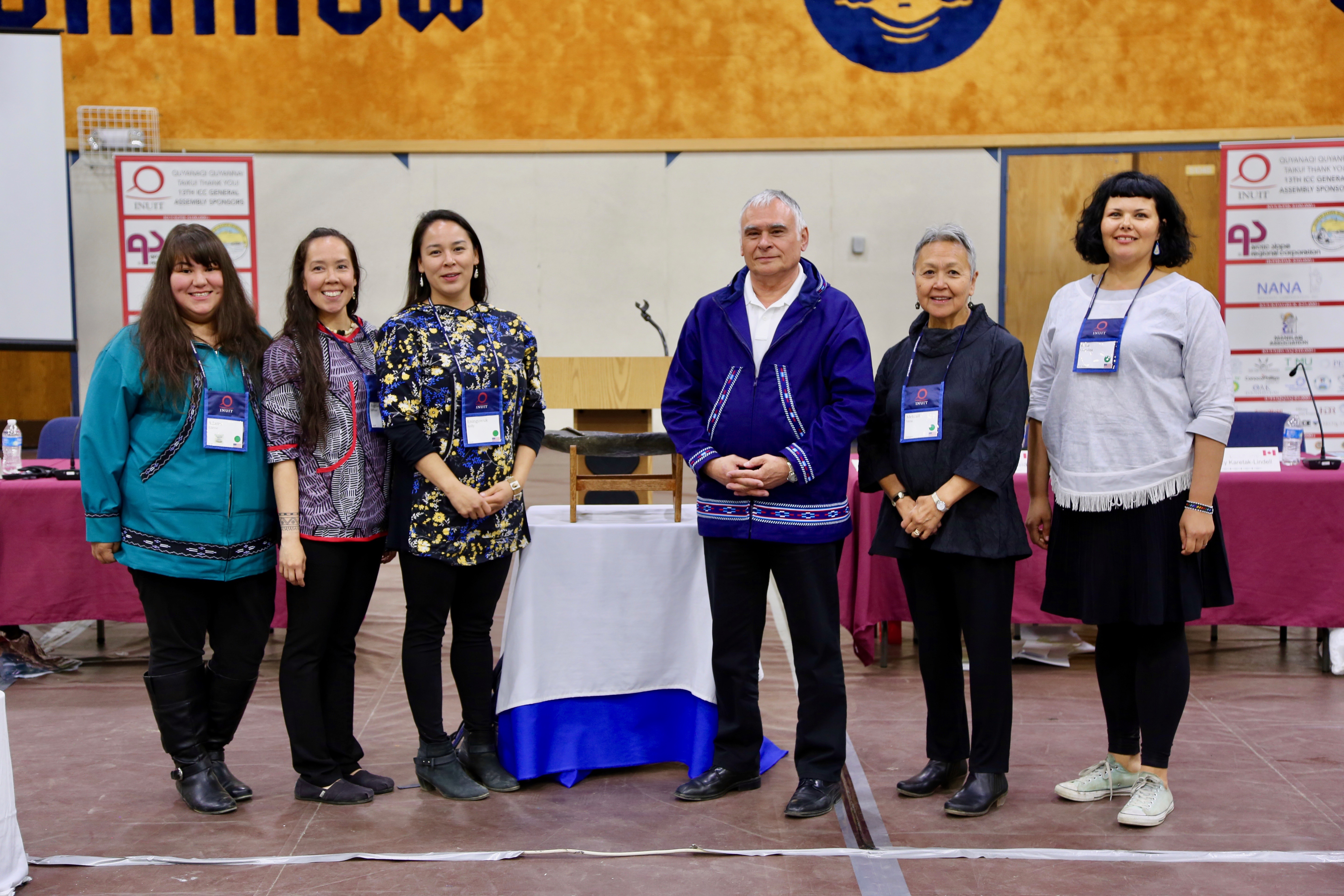 Inuit Circumpolar Council (ICC) Alaska is seeking an experienced, part-time Collections Specialist. The position is located in Anchorage, Alaska and the hourly rate is $18 – $25/hr depending on experience, with a 16 hour per week commitment. This is a temporary position with an end date of February 28, 2023.

The purpose of this position is to provide essential professional archival work for, and technical assistance to, the Inuit Circumpolar Council through the Alaska office. Primary responsibilities include, but are not limited to:

Please submit a resume, and a letter of interest that explains your experiences and qualifications for the position. Please submit all materials by e-mail to icc@iccalaska.org. You can also mail or drop off materials to the ICC Alaska office at 3900 Arctic Blvd. Suite #203 Anchorage, AK.

Inuit Circumpolar Council (ICC) Alaska is seeking an experienced, full-time Coastal Monitoring Community Outreach Manager. The position is located in Anchorage, Alaska and the annual salary is $75,000. This is a grant-funded position for 2 years but may be extended if additional resources are secured.

The position will coordinate community outreach and ICC’s participation within the Coastal Expert Monitoring Group (CEMG) work conducted under the Arctic Council. The position will focus on the implementation of the CEMG plan within Alaska through direct engagement with the regions that we advocate on behalf of and will represent ICC on the international Coastal Expert Monitoring Group Steering Committee. Under this position, high emphasis will be placed on relationship building to aid in bringing forward Inuit-driven monitoring programs and guiding a co-production of knowledge approach within this initiative. The position will work in close cooperation with the Indigenous Knowledge/Science Advisor and report to the Executive Director.

General job functions include, but are not limited to:

Please submit a resume, a letter of interest that explains your experiences and qualifications for the position, three references and a recent writing sample. The writing sample must be relevant to the position. Please submit all materials by e-mail to icc@iccalaska.org. You can also mail or drop off materials to the ICC Alaska office at 3900 Arctic Blvd. Suite #203 Anchorage, AK.

Position open until filled. All interested are encouraged to submit an application ASAP.